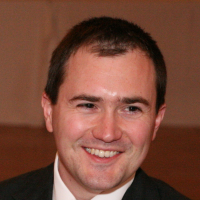 Hello everybody, I wanted to introduce myself; I'm Dan, and I'm the founder and CEO of the new owner of Astiga. I run elsten software whose existing principal product is bliss.

TL;DR: Nothing changes in the short term. I want to start learning from you all as to the best way to develop Astiga in the future and to evolve it to become part of our suite of music library management tools.

What this means for Astiga

As this post is on the community forums and directed at you, the user/customer of Astiga, I wanted to address this first.

In the short term, there will be little effect on Astiga, apart from Koen slowly stepping away from the product (he has agreed to help in these early days of transition).

In the medium to long term... I still don't see the core offering changing in terms of the basics of what Astiga does - being a music player for cloud-stored music. As I write below, the development of the service will be driven partly by customer feedback and partly by the requirements of building a sustainable business.

Why we wanted to buy Astiga.

I thought it might be instructive to give you my thoughts on this.

For the past ten-fifteen years people have been saying to me "everyone is just going to use Spotify". Well, if there's one thing that running businesses has taught me: "everyone" does not mean "everyone". There are still people (such as myself!) who prefer storing music themselves and embracing an ownership rather than a rental-based model for music listening.

But that doesn't mean the Cloud should be ignored. I say: let all tools be at our disposal! There are plenty of reasons using the Cloud makes sense for certain use cases. Things like remote playback, synchronisation, backup and more.

Our mission at elsten software is to make music libraries manageable. Because bliss only works locally, there are whole classes of problems that can be solved with cloud storage which bliss could not solve.

Being more ambitious: Internet speeds will only get faster. Eventually, I can see a point where the Cloud becomes the most convenient place, for some people (not all), for your "gold" master music library. Combined with powerful management tools and synchronisation, we could build a powerful, convenient, secure and sustainable service for music libraries.

So overall I see Astiga as very complementary to bliss. And this means, going forward, they can work together to solve a lot of problems and make a lot of music libraries more manageable!

Background of me and the company

Feel free to skip! But again, I thought this might be of some use.

I'm a computer science graduate who ripped my very first CD while studying for my (British) A levels back in 1995. After university I went to work programming for IT consultancies and then venture-backed startups in the financial sector. I began getting ideas which would lead to the bliss project in the mid 2000s and finally cracked open the code editor in 2009. bliss sold well, and I went full time in 2010.

Since 2010 I've been running the bliss project, plus OneMusicAPI (a music information provider) full time. As above, my company's goal is to make music libraries manageable.

The general ethos of the company is:

Initially I and my team will be learning a lot. We'll be examining the existing infrastructure and working out how and whether we can make managing it more efficient for a (slightly) larger team.

I'm planning on trying to talk to any of you about Astiga. I'm interested in how it fits into your life, what you find useful about it, what you couldn't live without, and what you'd like to see it become.

At the moment, it's a bit of a blank page. I am not a believer in five year plans. I am a believer in getting quality, honest feedback from those that receive value right now, and using that to drive feature development, balancing it with the needs of supporting a sustainable business.

And a word of thanks

I owe a big word of thanks to Koen, the founder and previous owner of Astiga, both for what he has built and the way he has handled the sales transition. He has been very professional and very patient as I asked inane question after question.

That's it for now.

As I said, I'd like to talk to any of you (that want to!) about Astiga. You can also consider this thread an "AMA" (Ask Me Anything) about our company and our plans. However, remember much of this is open to change once I learn more about the Astiga userbase!