I have no clue why, the metadata seems normal (only track artist, album artist, genre, disc, and total disc are in common, as well as some track numbers obviously. But that happens on more albums). They are also stored in separate folders. But this specific album (1%) shows the tracks of this one other album (10Nen Go No Kimi E), also making the add all button add both albums mixed trough each other.

10Nen Go No Kimi E does show up correctly with only it's own tracks however. 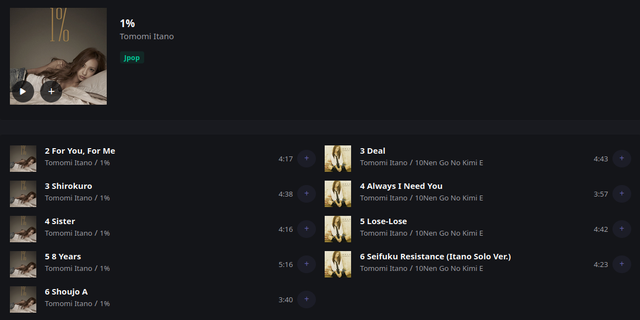